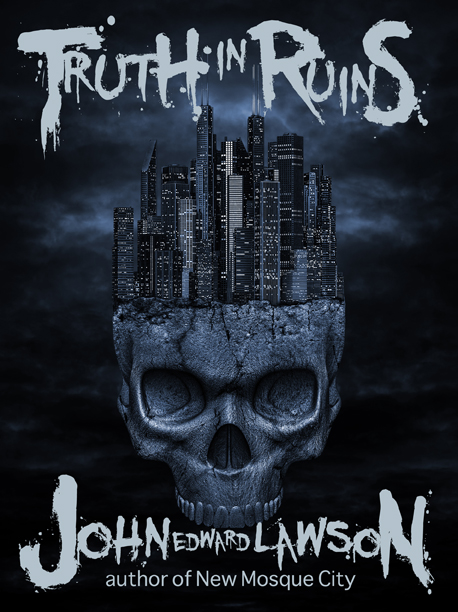 My short story collection Truth in Ruins is now available in Kindle! Is it dystopian? Is it bizarro? Is it potentially gut-wrenching? Pretty much, with extra helpings of absurdism to bring out the satire (hopefully). Click through to http://www.amazon.com/dp/B00GP851IW and be the first kid in your neighborhood to enter that abandoned house everyone talks about. If you buy Truth in Ruins nobody will ever mess with you again. Honest.

Why? Because Truth in Ruins is one of those trial by fire books you “survive” more than you “read.” I’ve got a reputation for writing about the things that make me ill and angry–you know how it is for us African American authors, with our lineage “speaking truth to power” and all that good stuff. Much of the writing in this book was inspired by the rebuilding efforts in Japan after World War II, and the resulting generational gap between the generation who partook in the destruction and the generation responsible for resurrecting the nation. In many ways I see us speeding toward a similar situation on a global scale. Well, you can check out Truth in Ruins and be the judge for yourself. Hopefully you won’t be able to call me a “futurist” after giving it a read.

I think the most suitable song to accompany the release of Truth in Ruins is “Torture Story” from the Colors Made of Tears soundtrack. “Torture Story” is dark and unrelenting, just like the book. You can listen free of charge at https://bizarrowriter.wordpress.com/?attachment_id=1448.

Oh, and I’ve received several comments about the cover art on this one. I’m lucky enough to have acquired the art from Grandeduc, who I discovered through Dreamstime. I’m happy to say you’ll see more of Grandeduc’s artwork gracing my covers in the near future. Much respect to this brilliant artist.